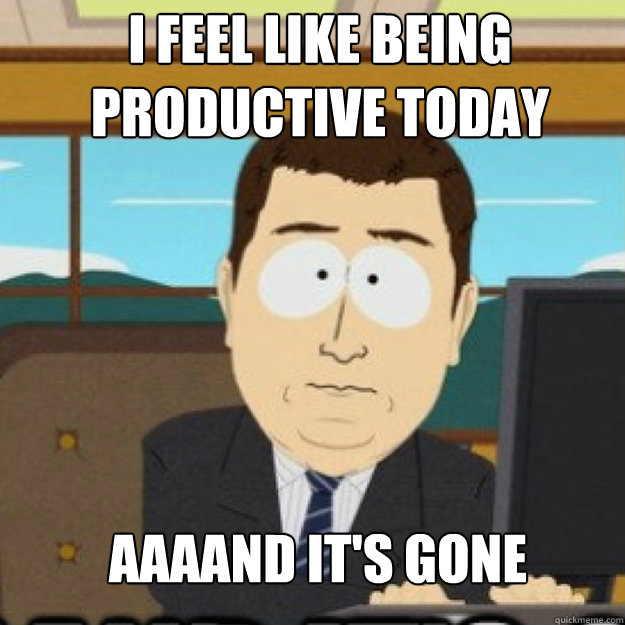 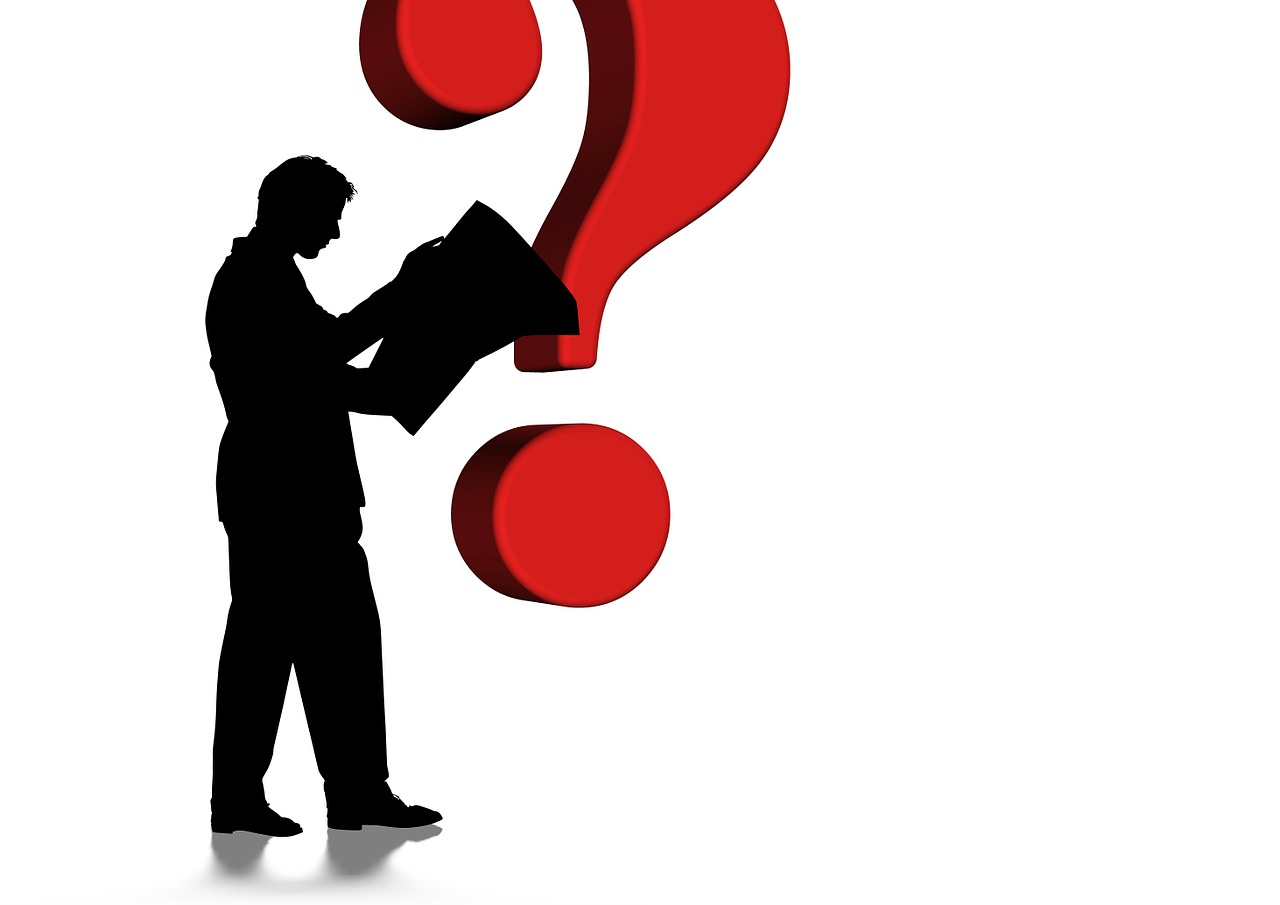 Have you ever wondered to yourself how CEO’s are able to juggle a multitude of tasks while being the figurehead of a colossal company such as Amazon, Google or Facebook, all while maintaining a high level of productivity?

I know you’re thinking, “Duh, of course money helps solve a lot of issues. How is this going to help me?” Well the truth is unless you happen to stumble upon a hidden cave that contains a certain blue-bodied Genie willing to grant you endless riches, it won’t! However, just because you can’t hire someone to help make your life more productive doesn’t mean all is lost.

Luckily for you, Iris is here to give you a look into our not so secretive Cave of Wonders, along with a few tips from CEO’s that’ll allow you to operate your business — and possibly life — at peak productivity.

A few years ago, eccentric billionaire and Virgin Founder Richard Branson wrote on LinkedIn, “If you want to be more productive, then start at the start: get there on time. Whether it is a meeting, a flight, an appointment or a date, ensure you are there when you say you will be there.” He added, “Being punctual doesn’t mean rushing around the whole time, it simply means organising your time effectively.”

Simply put, stop hitting the snooze button one too many times, forcing yourself to abandon the morning shower and rush into a work meeting looking like a Nick Nolte mugshot! (Google it….trust)

Try this: In order to help “soft reset” your bad habits, set all the clocks (including laptop/tablets/microwaves etc..) in your house five to seven minutes ahead in order to help get you into the groove of showing up slightly early — or worst-case actually on time!

Now let’s be clear, there is nothing wrong with enjoying a deliciously fruity, boozy beverage to cap off a long work week. However, if you think we were going to tell you the key to productivity is island music and margaritas, sorry, only Jimmy Buffett could manage to pull that off — to the tune of HALF A BILLION DOLLARS!!!

Instead we’re going to follow advice once given to Mike Flint, personal pilot of the 3rd wealthiest person on Earth, the Father of Frugality…..Warren Buffett.

The story goes that one day before takeoff, Buffett and Flint were discussing Flint’s career goals and priorities when Buffett stopped him and said, “The fact that you’re still working for me, tells me I’m not doing my job. You should be out, going after more of your goals and dreams.” Buffett then asked Flint to get a sheet of paper and complete the following steps:

Step 1: Make a list of the top 25 goals he wished to accomplish during his lifetime. (Note: this can be adapted to fit shorter timeframes, or contain a mix of professional and personal goals.)

Step 2: Look over that list and circle his top five most important goals.

Step 3: Focus only on the five goals circled, and say no to the remaining 20.
After conversing further, Flint said he would begin working on those top five choices that night, when Buffett asked, “And what about the ones you didn’t circle?” Flint responded with, “Well the top five are my primary focus but the other 20 come in at a close second. They are still important so I’ll work on those intermittently as I see fit as I’m getting through my top five. They are not as urgent but I still plan to give them dedicated effort.”

To which Buffett replied, “No. You’ve got it wrong Mike. Everything you didn’t circle just became your ‘Avoid-At-All-Cost list’. No matter what, these things get no attention from you until you’ve succeeded with your top five.”

(In short) Try this: Make a list containing your top 25 goals, choose the top five to give complete focus to, then do not touch those remaining goals until everything has been accomplished — unless your kids are on that list, in which case you may need to check on them because it’s probably been a while…

Balance the Biz and the Boo ~Work/Life Balance~

Speaking of kids, did you ever go to a park as a youngin’ to play on the seesaw, only to realize that you, being an only child, had to hurl your body up with the force of a stampeding elephant just to get some airtime, only to get folded like a lawn chair once gravity kicks in? No?… Just me?? Regardless of your childhood experience, this analogy can be applied to the daily grind of having to manage both professional and personal relationships — if one gets too high, the other end suffers.
Former Qwest COO Teresa Taylor has a simple, yet fantastic tip on how she manages to remain equally present at both work and home. *This was originally geared towards women, but no worries fellas, this easily applies to you as well *

“Stay in the moment, when you’re at work in a meeting, be there. When you’re at home, be there. If you’re in a business meeting, don’t be wishing to be somewhere else. Be present where you are, and don’t feel guilty.”

She added, “When I struggled at work, it was a relief to go home. I looked forward to it. So if there is something wrong at home, you need to work it out. It will always be nagging at you at the office. At the end of the day, work is work. You might change jobs, companies, you may not even work at all. But your cornerstone is your home life. It’s a grounding point you can always come back to.”
So remember, balance is key! If you allow yourself to sit on that one-sided seesaw ( jeez..say that 5x’s in a row) of life for too long, you’ll end up losing touch of the other side.

Try this: The minute you walk in the house, refrain from checking emails, texts and all work related calls until the following work day. Same principle applies for work, don’t let the morning argument over who has to shuttle Gina to cello lessons affect that afternoon meeting — it’s ok, she’ll move on from it in six months because everyone knows she’s terrible.

Try this 2.0: Bad day at work? Go ahead and let off a little steam in your car by yodeling…That’s not a typo…Yodeling! It works better than yelling as it saves your vocal chords from becoming strained, and here’s the best part — it’s guaranteed to make you smile! Why? Because most of us have no idea if we’re doing it wrong, and there’s something humorous about a grown adult yodeling in the sanctity of their own car. Plus it’s a better alternative to bottling up the emotion and taking it out on your teenage son, Justin, because you know he’s going to ask, “What are we having for dinner tonight?” as soon as you walk in the door.

*Just make sure all windows are rolled up, because let’s face it, no one likes ‘crazy’*

This final part is a just a little boost of motivation from caffeine connoisseur and Starbucks CEO Howard Schultz, about believing in yourself and not letting others deter you from accomplishing your goals by, as the kids say nowadays, throwing shade.

He continued by saying, “Don’t be one of those people, 20 years from now, are doing to be walking around in a 9 to 5 job, miserable, angry, and bitter because you let your dreams gets away from you because you did not believe strongly enough in yourself and what was possible. Don’t allow that to happen.”

To not so elegantly sum up Schultz — you do you!

Try this: Combine Schultz’s motivational approach with Warren Buffett’s 5/25 Rule (see above) to aggressively take on all goals, whether they be personal or professional.

There you have it, we’ve shared some of our not so secretive secrets on living a productive life! By show of hands, how many think they learned something today?? Everyone? Well, aren’t you guys too kind. But WAIT, there’s more……to learn!! Good news, we here at Iris Reading have you covered with our Personal Productivity Course. This course is filled with over 13 hours of content, easily condensed into 33 “mini tutorials” and taught by Iris Founder/CEO Paul Nowak.